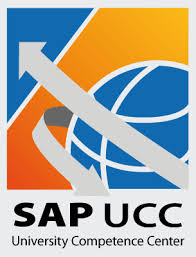 Backup for heterogeneous IT landscape with SAP in focus

The SAP UCC Magdeburg runs a large number of SAP systems on virtual machines. The DB2 databases are between 100 gigabytes and 1.5 terabytes in size. Some MaxDB installations are between 50 and 300 GB. For SAP HANA installations, the installation sizes range from 32 to 600 GB, which is sufficient for the example use case of “Global Bike”. The SAP HANA systems are operated physically. In turn, the application servers with the SAP systems are all virtualized. The desktop environments of the employees also run virtually, and more than 50 VMs are available for this purpose. File servers, mail servers, Github and special applications are also running. The data retention cycle is regularly about four weeks. This is the period for which the data is retained in the backup. A long-term backup is not necessary, since the majority of the systems are training systems. In figures, this means almost 10,100 data sets in four weeks for the full backups. Archive changes, which are logged and secured from the database, are in the order of half a million per month.

The conversion of all backup processes to the new system took place within two months. First, all DB2- based SAP systems were converted to the new backup with SEP sesam on one day. In the following three days, all SAP HANA systems and the path backups followed. For the MaxDB-based systems, two weeks were taken. In another four weeks, all VDI environments had been moved. Data backup in the old system ran in parallel. “We had a fast transition, in terms of scope. In a total of just over 35 days, we were able to migrate all the hardware and software to a future-proof solution,” says a pleased André Faustmann.